Here’s how Arizona is Emerging as an Electric Vehicle Hub

The state is also becoming an EV sales and manufacturing hub. Lucid, Polestar, Rivian, Tesla, and Atlis Motor Vehicles have all set up operations in the state.

On September 28, 2021, Lucid motors rolled out an Arizona-made, all-electric vehicle. The Lucid Air Dream Edition has about 1,111 horsepower and has a performance model offering about 470 miles in range.

Atlis Motor Vehicles, a startup based in Mesa, is producing electric work trucks. These trucks are expected to sell for about $45,000 with a range of about 300 miles with the capability to tow up to 35,000 pounds. Atlis is also preparing to have additional enhancements that could sell for up to $75,000.

“2021 was an incredible year for us and I truly believe we’ve just embarked on an even more exciting one,” Atlis Motors CEO Mark Hantchett wrote in a letter to shareholders.

“We have made leaps and bounds in the energy technology space with so little compared to larger companies around us. We have secured $300+ million in future revenue from battery technology alone and over 24,000 contractual orders for trucks around the world. Now, 2022 is all about growth. This year we become a revenue-generating company — an unheard of scenario for a startup in our position.”

This is not the first time Atlis has crowdfunded to raise capital. Previously they raised about $22 million from these campaigns. As of February 17, 2022, the company has already raised a little more than $2.8 million from 1,855 investors. Atlis opened its capital-raising effort to the public. Investors must purchase at least 16 shares at $15.88 for a minimum investment of $254.08.

Atlis plans to use the capital to help further their plans to create a new truck called the XT that targets customers in the agriculture, construction, and utility industries. They plan to hire more engineers, buy more battery testing equipment, expand sales programs and finalize the production-level design for the XT.

The Southwest Energy Efficiency Project (SWEEP) conducted a study to illustrate the air quality and economic benefits of electric vehicles in Arizona. They found that EVs provide air quality and economic benefits to Maricopa County and the state, concluding that the state should consider policies that promote the manufacture and sale of more electric vehicles.

If more Arizonans make the choice to transition over to electric vehicles there could also  be a large economic benefit. Depending on the rate and price of gasoline, SWEEP found in its study the total economic benefit to Arizona in reduced fuel costs could be between $75 million and $489 million per year by 2030.

Arizona offers incentives to electric vehicle buyers. These laws and incentives are for specific alternative fuel vehicles (AFV). A vehicle qualifies as AFV if it uses propane, natural gas, electricity, hydrogen, and a blend of hydrogen with propane or natural gas.

In Arizona, there is a reduced registration on electric vehicles. For gas and diesel cars, a person will be paying anywhere from $300 to $700 a year, whereas it is only about $15 a year for electric cars.

Another incentive for electric vehicle owners is the High Occupancy Vehicle (HOV) Lane Exemption. The Arizona Department of Transportation (ADOT) allows individuals who have an AFV with an AFV license plate to use HOV lanes, regardless of the number of occupants. Individuals may also park without penalty in parking areas that are designated for carpool operators.

APS offers free electric vehicle supply equipment, installation, maintenance, and educational service. They do this through its workplace, fleet, and multi-unit dwelling customers through the Take Charge AZ pilot program.

More about Arizona’s EV laws and incentives can be found here.

This story was originally published at Chamber Business News. 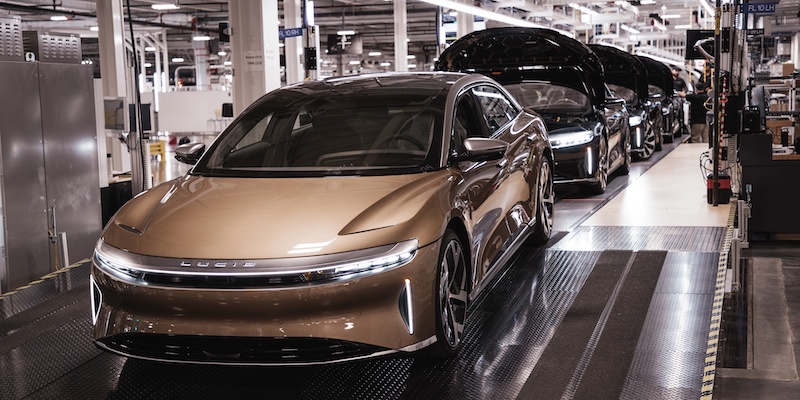