The City of Maricopa has many valuable resources to help you learn more about the plentiful economic development opportunities available in our community. 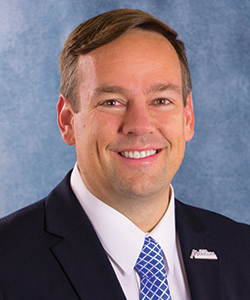 Mayor Price has been a resident of Maricopa since early 2005. Mayor Price is an enormous advocate of networking – meeting new people and establishing relationships because he strongly believes that good working relationships helps directly influence the quality of life of the citizens through an enhanced economic development climate. For more than 13 years, Mayor Price has been an entrepreneur and small business owner. He is a partner of the Sierra West Group, a financial advisory firm. Mayor Price is actively engaged in regional, statewide and national organizations, bringing his dynamic leadership to many endeavors that focus on economic development, infrastructure and other areas that impact community vitality and sustainability, including serving as President of the Arizona League of Cities and Towns.

Arizona offers one of the lowest cost environments for doing business in the United States. Couple it with fewer burdensome government regulations, a highly skilled and available workforce, and an exceptional quality of life, and Arizona is the best state for your corporate relocation or expansion.

Please visit the Arizona Commerce Authority website to access additional resources relevant to locating or expanding your business in Maricopa.